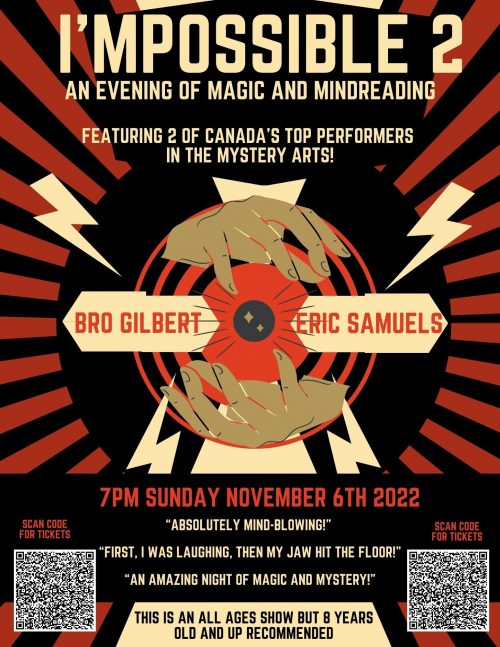 An Evening of Magic & Mentalism with 2 of Canada’s top performers of the Mystery Arts:
BRO GILBERT & ERIC SAMUELS

This will be a special 2nd show added by popular demand. This performance will be all-ages, however we do recommend that children be 8 years old and up as the younger ones may not understand the concepts of the material.

Tickets: THIS SHOW IS NOW SOLD OUT!!!

***PLEASE NOTE THAT THIS WILL BE AN ALL-AGES SHOW. HOWEVER, THIS IS NOT A CHILDREN’S MAGIC SHOW AND MAY INCLUDE SOME CONTENT WITH MATURE THEMES (BUT NOTHING LEWD) *** 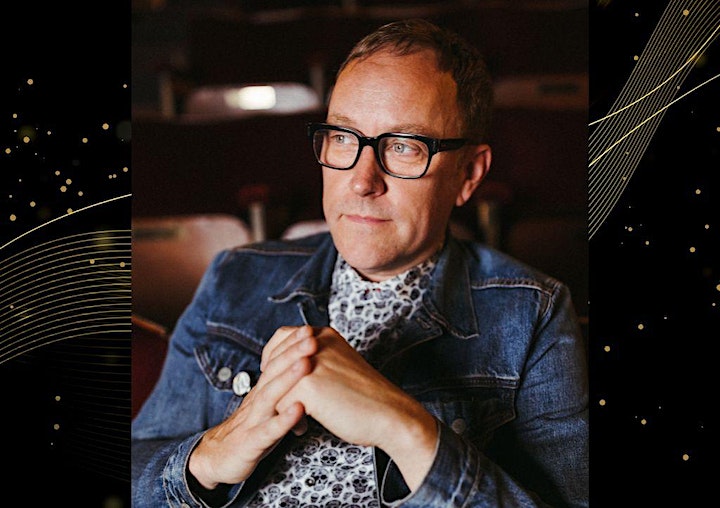 Bro Gilbert has worked as a creative consultant and writer for some of the best magicians in the world including, Dynamo, Criss Angel and Keith Barry, as well as with many of the magicians that you have recently seen on America’s Got Talent and Penn and Teller: Fool Us. Bro Gilbert is also the digital sales manager for Murphy’s Magic Supplies Inc., the worlds largest wholesaler of magic effects and puzzles. He has collaborated with inventors and other magicians creating some of the last decade’s top selling magic effects. Though he prefers to hang out in the shadows, Bro is thrilled to be collaborating with his talented friend Eric Samuels in a performance to raise money for the legendary Heritage Playhouse community theatre; a place where so much real magic has happened over the years. 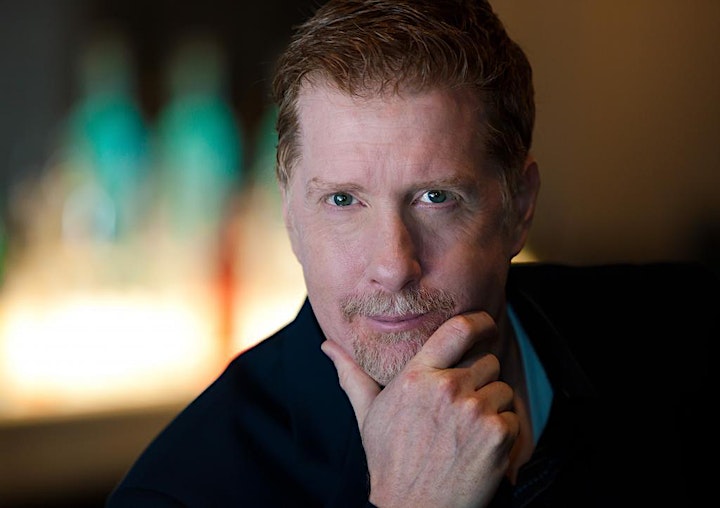 Mentalist Eric Samuels uses psychology, suggestion, and stagecraft to anticipate and influence behaviour. He’s also an expert in reading non-verbal communication (body language). Eric has performed his MIND GAMES stage show all over the world which has been described as: a highly interactive roller coaster ride of laughs and jaw-dropping fun!

Samuels has appeared on numerous radio and television programs, including a recent spot on the U.S. television network show Penn & Teller: Fool Us. He is is also a performance consultant, working with some of the top names in magic and mentalism. And Samuels was recently awarded the distinguished 2021 Dan Blackwood Award for his outstanding contribution to the art of Mentalism, by the prestigious PEA (Psychic Entertainers Organization).