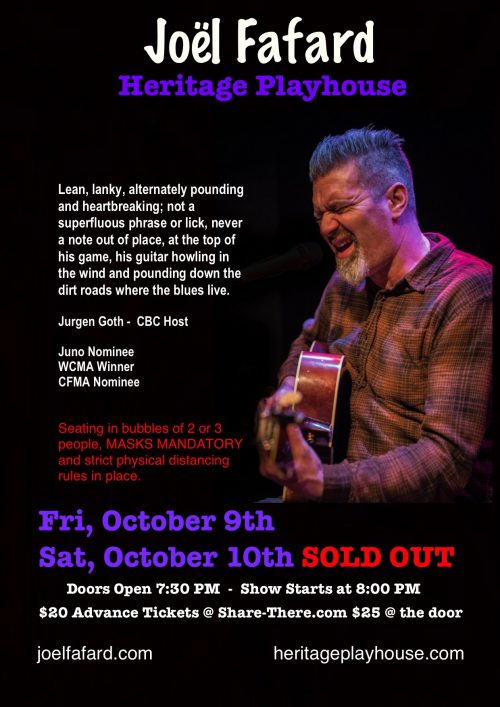 The show is Sold Out


An evening of storytelling and song with Joel Fafard from British Columbia
Award-winning guitarist Joel Fafard performs Southern roots and blues classics with the soul of a purist and the showmanship of a seasoned entertainer.